An Invitation to Club Von Holt 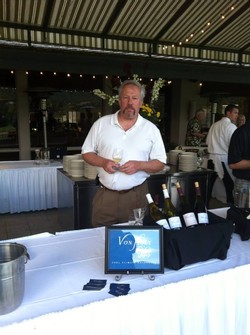 When I was active in the United States Secret Service, and intimately involved in the protection of presidents and vice presidents as they traveled the nation and world, it was essential to pay attention to every detail.

Any oversight in planning the travel route, for example, could mean the difference between life and death.

I bring the same attention to detail to Von Holt Wines, choosing the vineyards that will give me wines containing the purity and acidity I seek.

Such vineyard sites are in short supply, meaning that I cannot make as much wine as I would like.

I created Club Von Holt to give those who share my love of restrained, food-friendly wines the opportunity to acquire an allocation before I release them to the general marketplace.

To say thank you to those who join us, Club Von Holt will also extend to members a wealth of extras, specials, and opportunities to join Pam and I as we celebrate California's cool climate vineyards, and the beautiful wines they produce.