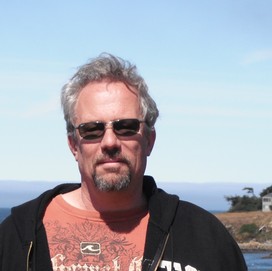 His first career as a United States Secret Service Agent lasted more than twenty years. He protected 4 presidents, 4 vice-presidents, and their immediate families, as well as numerous foreign heads of state, and senior members of government. While assigned to protective details, he traveled to 40 foreign countries, having to quickly discern the nature and differences of people, places and culinary traditions.

He accompanied presidential campaigns across 46 states. He was assigned the full gamut of Secret Service duties, such as investigating counterfeiting operations, solving substantial financial crimes, rooting out bank fraud, unraveling identity theft, and even training his fellow Secret Service Agents in the martial arts. He retired from the Secret Service as the Resident Agent in Charge of the San Jose office, the office that deals with myriad attempts to steal the secrets of Silicon Valley companies, but not before making sure the President’s “First Daughter” safely matriculated from Stanford University.

After witnessing the “high life” of heads of state, and their frequent pride in their own locally sourced delicacy or drink, Chris decided to pursue his interest in winemaking. The confluence of receiving a bit of back pay from the U.S. government, and suffering the loss of a close buddy to a tragic disease, gave Chris the emotional impetus to launch Von Holt Wines. Of all the wines he was exposed to throughout the world, Chris preferred the style for which the cool-climate areas of California's Sonoma Coast and Russian River Valley are famous. 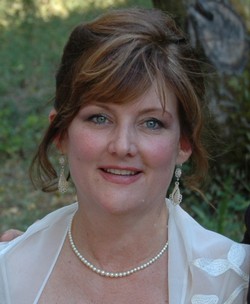 Pamela Miller is the administrative master of Von Holt Wines. Pam has the heart and soul of an artist, yet she also has the skills of a seasoned small business owner and operator. Her background is quite eclectic, with degrees in Dance and Accounting, as well as a minor in Art History. As a skilled dancer, Pam was both owner and instructor at her own dance studio in San Francisco for 8 years, and owned and designed for a costume design firm for 3 years. She not only taught dance, she performed in many jazz and musical theatre performances throughout her 18 years as a dancer.

When Pam was a young girl, she became intrigued by how wine represented a celebration of life and food. Her closest childhood friend for many years was a young French girl whose father would let them sip red wine with every meal. To Pam, a girl from a very conservative background, this was quite a thrill, and left a lasting impression. As an adult living in San Francisco and being so close to the wine country, Pam developed her knowledge of wines and winemaking. Attaining wine expertise can be daunting to some people, but Pam quickly realized that learning, tasting and exploring the business of wine is not something difficult, but rather, something to enjoy and treasure. A close college associate, a Master of Wine and Master Sommelier, influenced her further to broaden and diversify her wine knowledge.

Pam has managed her own business for over 25 years. She manages the specialized financial needs of a select group of private clients in the San Francisco Bay Area. As a result, she has been blessed with opportunities to explore an array of incredible wines at many events with her clients. The more one tastes, the better one’s wine skills become. Pam has a true passion for sharing her wine knowledge with people. She also realizes that often a woman’s approach to selecting wine and enjoying wine is quite different than a man’s approach. After all, 53% of all wine buying is done by women.

Pam brings her unique business perspective as well as her artistic flair to Von Holt Wines. She, of course, shares Chris’s passion for producing artisan wines. She is intimately involved in all aspects of the business. She knows first hand how to make quick decisions, solve customer problems and manage the day-to-day operations, all of which makes her the perfect partner for Chris at Von Holt Wines.

John's path to becoming the Winemaker for Von Holt Wines can be described as "From The Wire to The Wine." After sixteen years as an attorney in Baltimore's judicial system, John decided to follow his growing passion for wine by liquidating his law practice and convincing his wife, Katie, and his irrepressible Jack Russell Terrier to give it a go in San Francisco. During the last few years of John's practice, he learned as much as he could about wine by reading everything he could get his hands on. When he decided to get “hands on,” he spent three years working harvests at Freeman Winery in Sonoma County. It was there that his passion for wine started to become a reality and his respect for cool-climate vineyards and minimal interventionist winemaking was formed.

Since working for Freeman, John has supplemented his experience by studying oenology at one of the world’s premiere winemaking schools, the University of California at Davis. In addition to his responsibilities with Von Holt Wines, John has launched his own brand, Cellars 33.

"I'm excited to work with Chris and Pam and help them follow their dream of making outstanding cool-climate wines from some of the best vineyards in California. I look forward to building on the foundation they have started here in San Francisco."